Due Fri May 31st! 9pm
​Turn in Google Classroom! 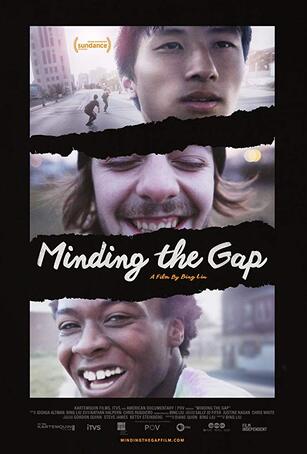 ​Compiling over 12 years of footage shot in his hometown of Rockford, IL, in MINDING THE GAP Bing Liu searches for correlations between his skateboarder friends' turbulent upbringings and the complexities of modern-day masculinity.

Assignment:
1. Which character or characters in Minding the Gap did you relate to? Why?
​
​2. Did you grow up or do you live in a town or city that reminds you of Rockford? If not, what did you think of Rockford? What was it like growing up where you lived?

3. How did you feel when the film first flashes to the footage of Bing, Zack, and Keire skateboarding as kids? Did it spark memories of your childhood and your childhood friends?
How important do you think your childhood experiences were in forming who you are now?

4. Keire thinks more about his identity as a black man as the film goes on, and links that aspect of who he is to his late father. Do you have a similar experience from your childhood that helped you relate to Keire in these moments? Do you have friends who are of a different race? Do you joke about or talk seriously or avoid talking about race amongst your friends? Why do you think this is?

5. As we see in the film, Bing recorded his friends over the course of twelve years, documenting how different their paths had become. Have your friends changed over the years? If so, how?

6. Several of the film’s subjects remark about their not fitting in with their families. Have there been times where you haven’t felt like you fit in with your family? Do you bond with them despite this? Are your friends like your family, and if so, how?
Inspired by Minding the Gap? Become a mentor to a young person in your community.
Visit the National Mentoring Partnership to learn more and find a
mentoring opportunity near you through Mentoring Connector. 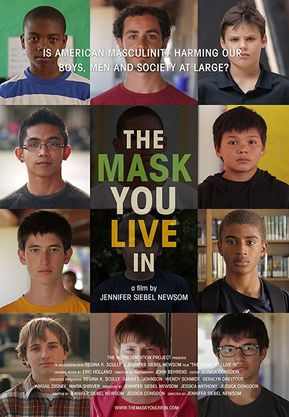 THE MASK YOU LIVE IN

The Mask You Live In follows boys and young men as they struggle to stay true to themselves while negotiating America’s narrow definition of masculinity.

Pressured by the media, their peer group, and even the adults in their lives, our protagonists confront messages encouraging them to disconnect from their emotions, devalue authentic friendships, objectify and degrade women, and resolve conflicts through violence. These gender stereotypes interconnect with race, class, and circumstance, creating a maze of identity issues boys and young men must navigate to become “real” men.

Experts in neuroscience, psychology, sociology, sports, education, and media also weigh in, offering empirical evidence of the “boy crisis” and tactics to combat it.

The Mask You Live In ultimately illustrates how we, as a society, can raise a healthier generation of boys and young men.


Assignment:
Research shows that compared to girls, boys in the U.S. are more likely to be diagnosed with a behavior disorder, prescribed stimulant medications, fail out of school, binge drink, commit a violent crime, and/or take their own lives. Discuss these stats in terms of the film and your own life and experience 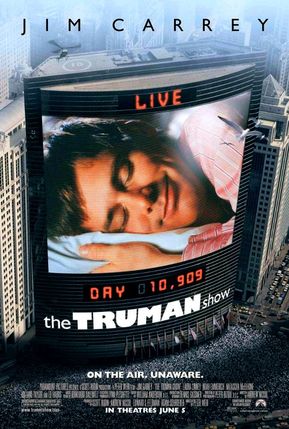 ​The film chronicles the life of a man who is initially unaware that he is living in a constructed reality television show, broadcast 24-hours-a-day to billions of people across the globe. Truman becomes suspicious of his perceived reality and embarks on a quest to discover the truth about his life.
​
Assignment: Listen to this story. Compare the research on Hidden Brain and the life of Truman Burbank. What about your life on social media? Discuss the realities of a social media world. Teens are on their smartphones when they are in the company of their peers, are we losing the ability to interact mindfully in the moment? Discuss.
​ 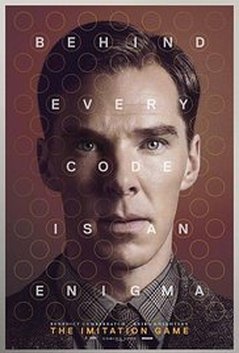 Based on the real life story of legendary cryptanalyst Alan Turing, the film portrays the nail-biting race against time by Turing and his brilliant team of code-breakers at Britain's top-secret Government Code and Cypher School at Bletchley Park, during the darkest days of World War II.

Three specific time periods in the life of Cambridge University Mathematics professor Alan Turing, A largely arrogant, antisocial, solitary and literal minded man, are presented. The first is the span of WWII, at the beginning of which he, an expert of puzzle solving, is hired by the British government to work on a team, whose secret project is to break what is largely seen as the unbreakable secret code behind the Nazis' communications machine, named Enigma, which if they can would give the Allies an advantage and possibly even end the war. The problem is that Enigma is recorded every day, so that even if the team can decipher a coded message transmitted by the Nazis, that code would be obsolete by the next day. There are 159,000,000,000,000,000,000 possible codes that could be input into Enigma.

Assignment:
Analyze and decode Alan Turing.
What is his his diagnosis?
Discuss how you think that diagnosis worked for or against the Enigma crack.
Discuss Turning's sexuality as a main theme of the film. 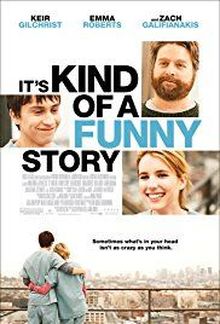 After contemplating suicide by jumping off the Brooklyn Bridge, 16-year-old Craig Gilner (Keir Gilchrist), decides to go to the hospital to seek help. Craig tells Dr. Mahmoud (Aasif Mandvi) that he needs immediate help to which Dr. Mahmoud registers Craig for a one week stay in the hospital's psychiatric floor. At first, Craig is unsure if he made the right choice to stay, mostly due to the fact that his friends might find out when he misses school, especially Nia (Zoë Kravitz), his crush and the girlfriend to his best friend Aaron (Thomas Mann). Also, he is placed in the adult ward because there are too few teenage patients, and he understandably feels uneasy and a bit scared being in the midst of so many adult psychotics.

Assignment:
Analyze and describe Craig. What is his diagnosis?
Discuss your beliefs regarding institutionalization in terms of mental illness.
Learn about and discuss the struggles that the author, Ned Vizzini dealt with in real life.
The Road Within
﻿Alt Film Opportunity

Overview: We have had the opportunity to watch several documentaries that explore behavior and relationships. These films can be taken on several levels with the surface being what you see is what you get. I want you to dig deep and find meaning to these films. How do they relate to other aspects of behavior or mental processes.

Description: A film analysis is not a review or summary of the plot, it should go deeper into analysis and reaction. It should discuss the issues raised by the film, address the film’s importance and purpose, state reactions to the content and quality of the film, and connect it to ideas and material presented in class. It should be about 2 pages and include the following (in any order you choose).